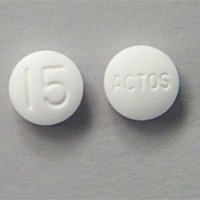 Diabetes has become one of the most widespread diseases in the United States, and it is the leading underlying cause of deaths. An estimated 26.9% of all people over the age of 65 have been diagnosed with diabetes. Designing drugs for the treatement of diabetes has become a priority, and quite a few have been developed. Unfortunately, not all of these drugs have been as much of help as they were originally thought to be, and have resulted in many health problems. One such drug is Actos.

Actos came onto the market in the late 1990’s, and by 2008 was in the top 10 prescribed drugs. It was thought to be a good alternative and replacement to the drug Avandia, which had been linked to cardiovascular problems in many patients. Over time, however, Actos too was showing some serious side effects.

In June 2011 the French Agency for the Safety of Health Products withdrew the drug from the market after a study, which showed that Actos and other forms of pioglitazone were linked to an increase in bladder cancer. Days later, the FDA issued a warning that the use of Actos for longer than a year increased the patients risk of bladder cancer by at least 40%, with chances increasing the longer someone took the drug. The FDA warned doctors not to prescribe Actos to patients who had a history of bladder cancer, and warned patients currently taking the drug to immediately contact their doctors if any changes occurred. More recent studies have also shown that the drug can be linked to congestive heart failure, and other serious medical conditions.

If you or someone you love was prescribed Actos and has since been diagnosed with bladder cancer or another serious condition linked to the drug, it is important that you contact an experienced legal professional who can help you navigate the sometimes overwhelming process of receiving compensation.

At Wynn and Wynn, we have an unwavering commitment to helping our clients, and we will help you get the compensation you and your family deserve. Call us today at 1-800-852-5211 or click here to schedule a free consultation.