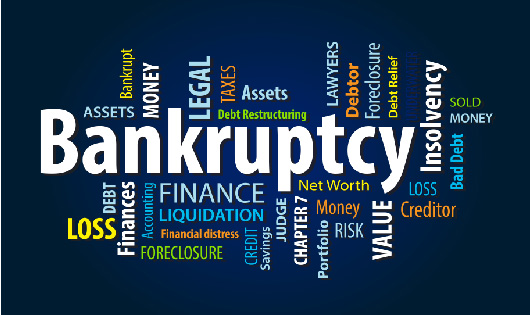 When debtors file Chapter 7 or Chapter 13 bankruptcy petitions, many lien creditors don’t pay attention to the filing, despite receiving notice, until such time as the creditor’s liens are in jeopardy. Debtors, in filing their bankruptcy petitions, designate certain property they seek to exempt. Typically, debtors seek to exempt their largest asset which is their real estate. The debtors, in Massachusetts and Rhode Island, have two (2) options. One, the debtor can claim their respective state exemption, which in Massachusetts and Rhode Island is currently $500,000.00. Two, the debtors can elect the federal exemption which is around $22,975.00. More often than not, debtors declare the state homestead exemption as it provides more of a protection for the debtor’s equity in the real estate.

Federal Rule of Bankruptcy Procedure 4003(b) provides that “a party in interest may file an objection to the list of property claimed as exempt within thirty (30) days after the meeting of creditors is held under Section 341(a) is concluded or within thirty (30) days after any amendment to the list or supplemental schedules is filed, whichever is later.” This means that a lien creditor must pay close attention to a debtor’s bankruptcy almost immediately as the notice that the court sends to all creditors provides information on the Section 341 meeting or the creditors’ meeting. Once the court schedules the Section 341 or creditor’s meeting, the deadline to object to claimed exemptions is established and creditors should object within that thirty (30) day period after the Section 341 or creditors’ meeting is completed.

However, if for some reason a creditor has not been paying close attention to a debtor’s chapter 7 or 13 bankruptcy case and the debtor seeks to avoid the creditor’s judicial lien, a creditor still has the ability to object or oppose the debtor’s motion to avoid lien. Again, the creditor must have a basis to object to a debtor’s motion. One basis, as discussed earlier, is that the debtor owns mixed-use property which is predominately commercial. So, the failure to file an objection as provided in Rule 4003(b) does not foreclose the possibility of objecting or opposing a motion to avoid a creditor’s judicial lien. Federal Rule of Bankruptcy Procedure 4003(d) provides that a “debtor [may] avoid a lien [ ] under Section 522(f) of the [bankruptcy] code [ ] by motion in accordance with Rule 9014.” Rule 4003(d) further provides that “[n]otwithinstanding the provisions of subdivision (b), a creditor may object to a motion filed under Section 522(f) by challenging the validity of the exemption asserted to be impaired by the lien.” As such , a Section 522(f) motion, otherwise known as a motion to avoid lien, may face an objection or opposition from a lien creditor despite the lien creditor not previously filing an objection to a debtor’s claimed exemption as indicated in Rule 4003(b). The key phrase of “notwithstanding the provisions of subdivision (b)” is controlling and limits the scope of Rule 4003(b) to apply only to unsecured creditors leaving the ability of a lien creditor to challenge the validity of the debtor’s claimed homestead exemption.

Navigating bankruptcy in Massachusetts and Rhode Island can be challenging. If you have questions or would like assistance from an experienced attorney, please call Wynn & Wynn, P.C. 1.800.852.5211 or request a free consultation.